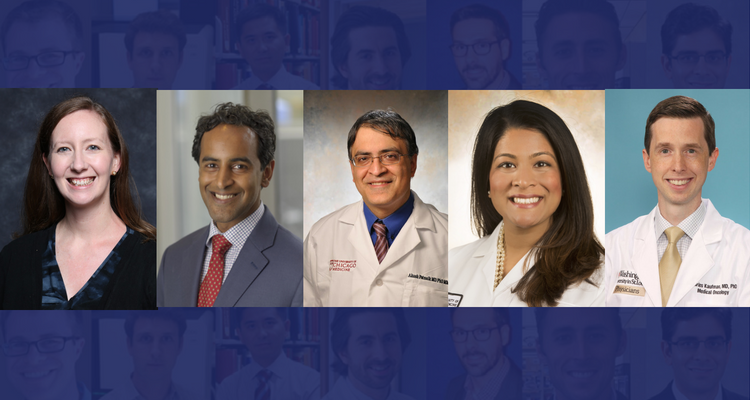 We are pleased to announce the recipients of the 2016 Young Investigator Awards. These early career researchers represent the CRF’s commitment to put private philanthropy to work where it can create the most leverage in the fight against cancer. The Young Investigator Award addresses a difficult problem in a cancer researcher’s career: many early career scientists find themselves in a “catch 22”; they cannot apply for support without a first data set but cannot compile results without initial funding. Young Investigators will receive $75,000 over two years to pursue independent hypotheses and develop their first results.

The five scientists chosen for this year’s Young Investigator Award represent some of the most exciting work being pursued in cancer. We have early career scientists pursuing ways to make the promise of immunotherapy possible for more cancers, including solid tumors and blood cancers, scientists looking to find the first mutations leading to skin cancer, and researchers proposing early stage clinical trials to pursue targeted therapies in both adult and children’s cancers.

The Cancer Research Foundation was established more than 60 years ago to find ways to fight and prevent cancer. Our mission is to raise funds to support early career scientists and new directions in cancer science research with the goal of contributing to “Transformational Events” in the treatment, prevention and cure for cancer. We act as “venture philanthropists,” seeking opportunities to support new researchers and novel ideas just at the time when their promising ideas can be starved for capital.

With this strategy, we can employ relatively small amounts of funding for cancer science in a highly leveraged way and get outsized returns on our grant “investments.” Our annual Young Investigator Awards are one way the Cancer Research Foundation provides seed capital to aid in tomorrow’s big cancer discoveries.